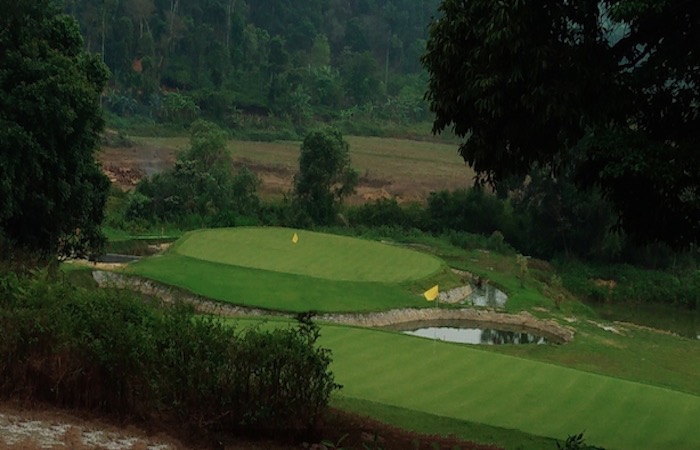 Coorg Golf Links was the outcome of a vision of two like-minded friends Mr. K.K.Aiyapa and late Mr. C.S.Nanjappa taking golf in Coorg to a different level was a dream which has come true. Beautifully located in the picturesque surroundings. The Golf Course project was envisaged in the year 1987 after a round of golf at the then Consolidated Golf Grounds Pollibetta.
The first half of Coorg Golf Links is planned in a plateau with tanks and in the hills. The planting of the tree is done in groups at strategic areas. The second half is planned on a plane area with tanks and planting of trees is done on either side of the fairway. The course is surrounded by lofty hills. During the early 1990’s nine holes were built. The course only attracted the occasional golfers. Nocturnal visitors such as Jackals howled in unison at dusk. Mr. Aiyapa and his wife sat in the temporary clubhouse verandah enjoying a cup of tea and watching the egrets in plenty. The need for a good clubhouse was felt. The hexagonal structure was built. Today the clubhouse, the bar, the dining room, card room, new large office cum multipurpose hall and the guest rooms have become very popular among members.

Coorg is well connected with Air, Road and Train